Livres
Recherche détaillée
Made in Flanders: The Master of the Ghent Privileges
par Gregory T. Clark 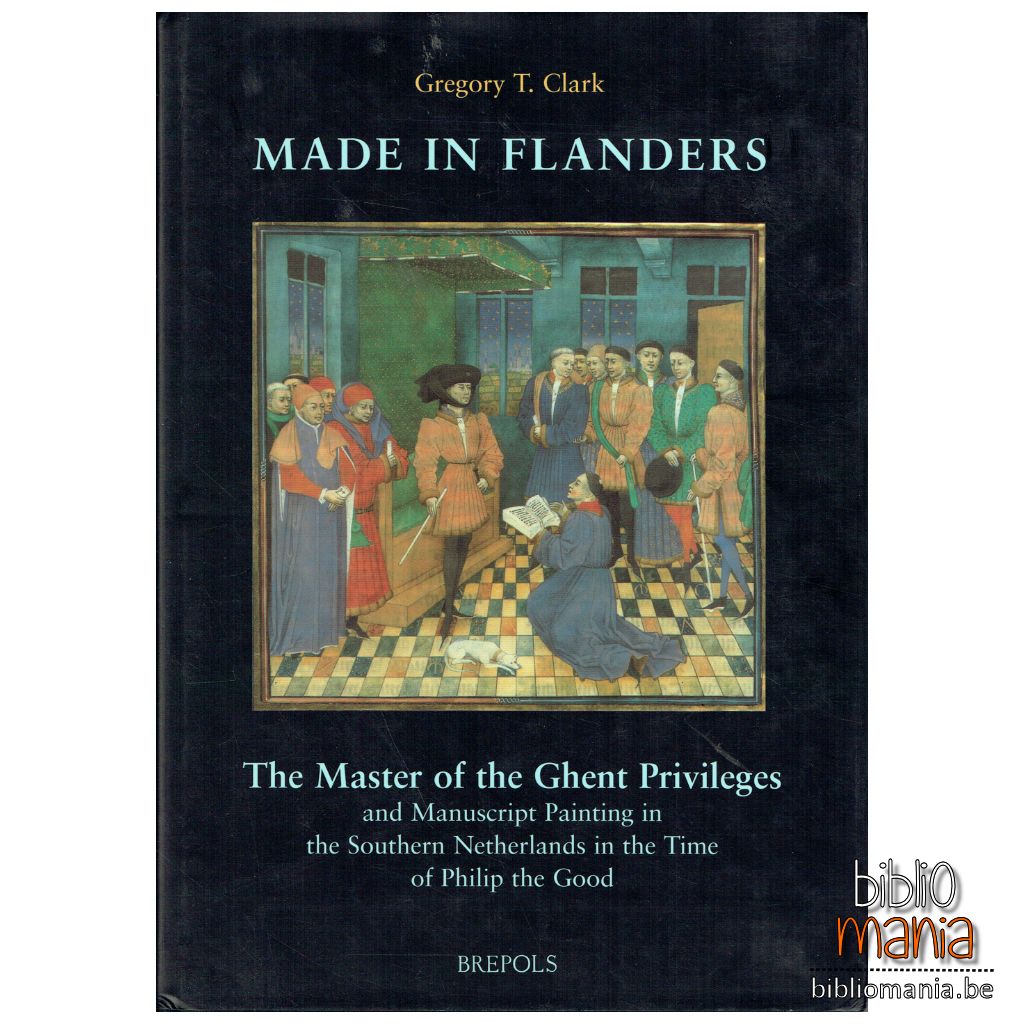 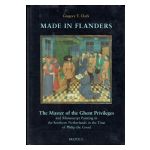 « and Manuscript Painting in the Southern Netherlands in the Time of Philip the Good »
Relié / 500 pages / édition de 2000
langue(s) : anglais
éditeur : Brepols
ISBN : 2503508782
EAN : 9782503508788
dimensions : 305 (h) x 215 (l) x 30 (ép) mm
poids : 2070 grammes
DISPONIBLE
Tous les prix incluent la TVA
In contrast to Flemish panel painting of the fifteenth and early sixteenth centuries, which was already drawing scholarly interest by the late 1800s, Flemish manuscript illumination of the same period did not begin to attract serious attention until the early years of the present century. Indeed, it was not until 1925, some two decades after the first pioneering articles and books had appeared, that Friedrich Winkler was able to publish a comprehensive overview of Flemish miniature painting.

In that volume, Die Flämische Buchmalerei, Winkler ascribed some 425 manuscripts and single leaves to 31 individual masters or groups of masters active between about 1400 and 1550. Only a short biographical summary and stylistic analysis was provided for each artist or style; there were no chronologies and there was no unifying essay. Over the following 60 years the pigeonholes established by Winkler were steadily filled with many new attributions, a majority of which were brought together in 1987 by Georges Dogaer. Although his book, Flemish Miniature Painting in the 15th and 16th Centuries, does include a brief introductory essay, there are still no chronologies for his 40 individual artists or groups of artists, all but a handful of which are qualified as schools. The ascribed manuscripts and leaves have also increased to some 710 in number.

With the principal stylistic niches established and filled with attributions, the stage is now set for the writing of monographic studies on individual artists and workshops. For less prolific but highly original illuminators like Simon Marmion or the Master of Girart de Roussillon, the establishment of chronologies and the identification of individual hands under their direction would not appear to pose great difficulties.

But what of the much larger groupings of manuscripts and leaves cubbyholed under such monickers as the Master of the Gold Scrolls or the Master of Guillebert de Mets? Given the frequent reuse of motifs and compositions in the paintings associated with those figures, it is not immediately apparent what criteria would provide the foundation for a plausible ordering of the attributed works. One also has to wonder whether the 48 and 83 codices, respectively, ascribed by Dogaer to the Guillebert de Mets and Gold Scrolls hands could possibly have been produced under one roof and under the supervision of one artistic personality. Will our understanding and appreciation of such books be best facilitated by continuing to stress shared characteristics or by emphasizing dissimilarities?

In this essay, I will seek to order, analyze, and evaluate the production brought together under the name of the Master of the Ghent Privileges. The artist was first identified by Friedrich Winkler, who named him after a richly decorated copy of the statutes and privileges of Ghent and Flanders made for Philip the Good, duke of Burgundy (Vienna, Öst. National-bibb, Cod. 2583). Here I will seek to demonstrate that a decisive majority of the works ascribed to the Privileges Master, although varying in their kinds and degrees of finish, are the products of two allied ateliers directed by the Privileges Master that produced illumina-tionss in his signature style. The two workshops were based probably in Ghent and Tournai and flourished from about 1440 to 1460. Both changing compositional sources and an increasing spatial sophistication and decorative richness make it possible to offer an approximate chronology for the two ateliers miniatures. I will also seek to establish that a second illuminator whom I have named the Ghent Gradual Master succeeded the Privileges Master around 1460 and directed the workshops in Ghent and Tournai up until about 1475. Fess profuse in their surface articulation and more ambitious in their settings, the illuminations of [...]