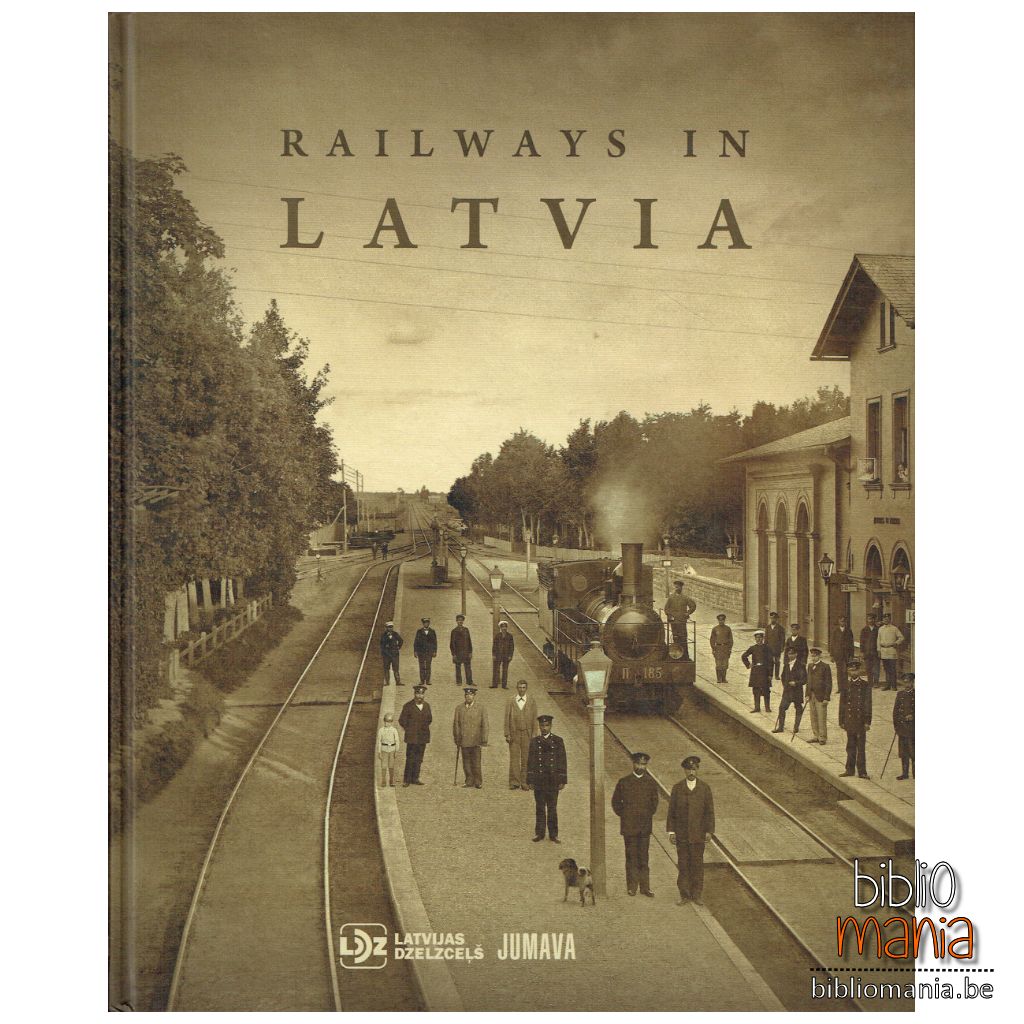 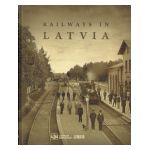 Cartonné / 198 pages / édition de 2010
langue(s) : anglais
éditeur : Latvijas Dzelzcels / Jumava
ISBN : 9984387763
EAN : 9789984387765
dimensions : 305 (h) x 245 (l) x 20 (ép) mm
poids : 1400 grammes
DISPONIBLE
Tous les prix incluent la TVA
The railway network of Latvia reached its peak in 1938/1939, when the total length of the network was 3350 kilometres. During the years of Latvias independence the railways provided the backbone for the transport system and the economy as a whole. Having experienced the rapid development of automobile and air transportation, Europe is now, at the start of the 21st century, returning to rail transport, recognising it as an environmentally friendly, economical, convenient and safe mode of transport. The aim of this book is to describe the origin and development of the railway network until it reached its peak and to outline the fate of the lines until 1991, when management of the railway was taken over again by the independent Latvian state. In 1994 the state-owned joint stock company Latvijas dzelzcels founded a museum responsible for studying railway heritage and establishing a museum collection. At last all the information, images and cartographic material relating to the railway network in Latvia have been collected and housed in one place. The book provides a description of the railways, arranged in chronological order of construction, revealing the unique details of each line and its fate. The photographs of stations and halts, gleaned from the museum collection and the collections of railway enthusiasts, provide an insight into changes in the appearance of the railway surroundings over the years.

Although the research includes an extensive range of historical sources and literature, many questions still remain unanswered. During the course of writing this book, the authors consulted archival material and publications, but it is the meticulous comparison and scrutiny of annual reports, train schedules, maps, regulations as well as eyewitness accounts that have aimed to dispel inaccuracies that have crept in over the years, and to collate all the information scattered in many locations.

Documents located in the Latvian Railway Central Board Fund No. 4592 of the Latvian State Historical Archives were used as a primary source for the period between 1919 and 1945, as were some documents from the turn of the 20th century. It has been difficult to locate an extensive collection of materials in the archives pertaining to the period up to the founding of the Republic of Latvia. Information about the more important resolutions regarding railway pokey and the development of the railways was gleaned from other documents in the file: minutes of the meetings of the Railways Board, management directions and directions of the Minister of Transport. The internal communications of the Railway Central Board were also studied, as was the communication between Latvian ministries and foreign railway companies. The Latvian Railway Central Board

Fund also provided technical information on the condition of the railways in existence at the time and the construction of new lines. This information was firstly gleaned from the minutes of technical committee meetings; it was also found in technical materials such as sketch albums, plans of railway lines, stations and bridges. Documentation could not be found in relation to all lines and railway structures, and thus, as the Railway Central Board Fund was not comprehensive, it could only serve as a partial and incomplete historical source when researching this book.

The Latvian State Historical Archives could provide detailed information on the operations of two private railway joint stock companies (the Valmiera Narrow Gauge Branch Line and the Liepaja Aizpute Railway) from 1924 to 1938, however this information does not contribute much to the analysis of the development trends of the Latvian railway network.

An important primary source that is still overlooked is the Army Military Field Transport Central Board Fund No. 3593 within the Latvian State Historical Archives. These documents relate to the taking over of management of railway lines and stations following German occupation as well as the period of the struggle for independence 1919-1920.

Information about railways in the territory of Latvia 1940-1941 and 1944-1992 can be found in the State Archives of Latvia Fund No. 93, entitled Baltijas dzelzcela pârvalde un tai paklautàs nodalas (The Baltic Railway Board and its subordinate departments). A large volume of information is available here, although it has not been fully catalogued. In writing this book, information has been included on the structure of railway management as well as the restoration and construction of railway lines. This archival material was essential in helping to narrow down some key dates such as the construction of buildings built during the Soviet era, the dates when services on specific sections of the line were reopened and the dates when lines were electrified.

Maps and charts were an invaluable resource, as were postcards and photographs from the Latvian Railway History Museum and the private archives of Toms Altbergs and Dainis Punculs. Viewed in the context of timetables for working and public trains, these photos provide an insight into the history and names of the stations, as well as their changes of location.