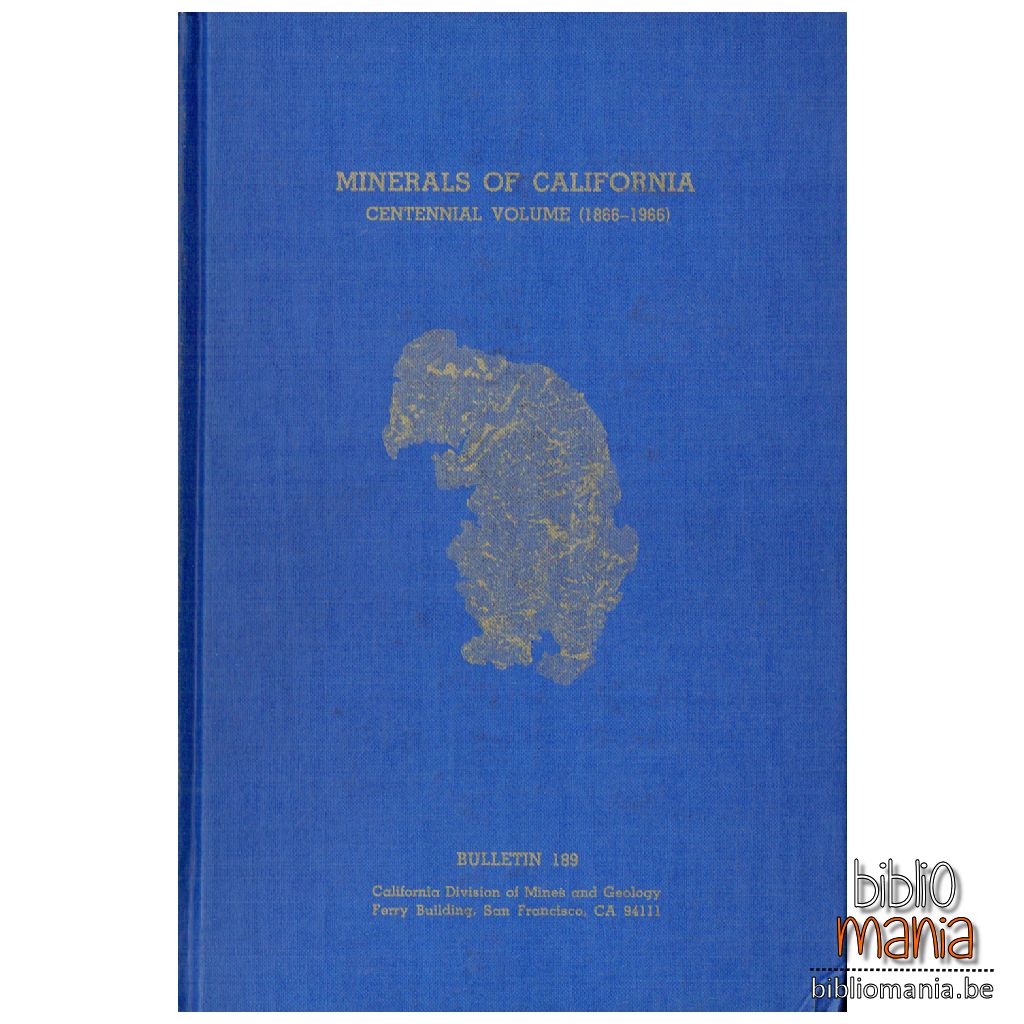 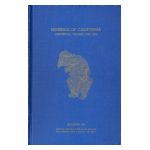 Cartonné / 560 pages / édition de 1966
langue(s) : anglais
éditeur : California Division of Mines and Geology
dimensions : 235 (h) x 155 (l) x 41 (ép) mm
poids : 1070 grammes
DISPONIBLE
Tous les prix incluent la TVA
Since 1914. the California Division of Mines and Geology has followed the policy of publishing, at approximately ten-year intervals, catalogs with commentaries on the minerals of California. This volume commemorates the publication in 1866 of the first systematic record of California minerals by W. P. Blake (9). In this Centennial volume, the writers have scrutinized all information included in volumes covering 1866-1954. They have modernized and updated information reported earlier which has been superseded by studies of the past decade. In addition, the publication of data on new minerals (which surprisingly are still found in ever-increasing numbers) and additions to the literature indicated by the restudy of old, established localities, are reported for the decade 1954-1964. Several new sections have been added. Tributes to serious students of California mineralogy are included in the form of photographs and brief biographies, acknowledging the indebtedness to pioneer contributors on mineralogical studies in the state. Revisions and additions make the Centennial volume an historical as well as a scientific record of California mineralogy. The interest of laymen and scientists in the past publications is recognized; the format and organization of the Centennial volume continues the attempt to provide for the interests of both. The bibliography has been updated and expanded. County lists published by Collins (1) pp. 40-64. in Murdoch and Webb (40), have been revised and are presented in this Centennial volume as a separate chapter. Codification has been attempted to reduce the confusion resulting from references to the geographic term "Mining District." especially in the pre-1920 literature.

Widespread interest in California minerals and mineral resources began early in the history of the state and has continued to increase to the present time. It has received a great impetus from the organization of many mineral societies, which have multiplied in number and now have large memberships in California. Recognition of the contribution of such groups to California mineralogy is contained in the chapter in this volume on the California Federation of Mineral Societies. The increasing number of minerals and mineral occurrences which are still being reported reflects this growing interest and is shown in the increasing size of successive catalogs of California minerals.
The first catalog was W. P. Blake's. (9) 1866. listing 77 mineral species in a small pamphlet of 31 pages. It was followed in 1884 and 1886 by a list compiled by H. G. Hanks (12). (15). then State Mineralogist, with about 135 species. In 1914. A. S. Eakle (12) compiled a comprehensive list of minerals found in California, including 352 species, which was published in Bulletin 67 of the California Division of Mines and Geology (henceforth referred to as CDMG). A second volume by the same author in 1923. Eakle (22). increased the number of known species to 417. Professor Adolf Pabst, University of California. Berkeley, issued in 1938 Bulletin 113 of the GDMG, Pabst (4). in which the number of known species increased to 446.

In 1948. Professors Joseph Murdoch and Robert Webb published a completely reorganized catalog, CDMG Bulletin JL36, Murdoch and Webb (21). in which it was endeavored to provide written or, at least authoritative verbal validation of all mineral occurrences already [...]